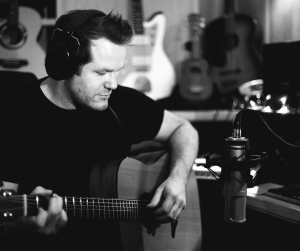 Todd has written, arranged and produced 3 albums with alt pop band The Heart Strings, playing festivals across Europe and receiving glowing reviews in the process – including an Album of the Year nod from his favourite record shop, Rough Trade.

While continuing to produce his own material, Todd is now writing and producing other artists, (most recently Paul Cook & The Chronicles), as well as writing music to picture.

Over the last 18 months Todd has written, performed and produced bespoke songs to picture for use in campaigns by Mobil Formula 1 and Unilever. His music has been featured in a range of TV shows worldwide – including ‘Bones’ (20th Century Fox), MTV ‘The Real World’ (MTV Networks) and ‘Winners & Losers’ (Seven Network).

Todd is a versatile and highly accomplished musician.  He has a BA in Media from Liverpool University, a diploma in music from the Academy of Contemporary Music and has studied Mixing & Mastering and Music Technology at Garnish School Of Sound.